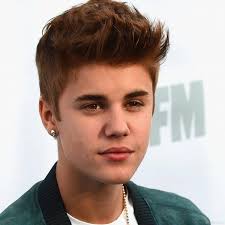 It’s time to shop for Rice Cookers because apparently, an international study presented that obesity levels are significantly lower in countries that eat high amounts of rice compared to countries that do not. The study was presented at the European Congress on Obesity (ECO) in Glasgow, the United Kingdom, held last April 28 to May 1, 2019. The study was conducted involving 136 countries using data from the UN Food and Agriculture Organization and examined all kinds of rice including brown rice, white rice, and other rice products. The variables considered in the study included education level, total calories consumed, smoking rate, healthcare spending, percentage of the population over 65, and GDP per capita. The researchers suggested that increasing your rice consumption (suggested increase of one-fourth cup) will help reduce obesity. 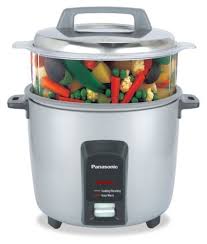 Professor Tomoko Imai of Doshisha Women’s College of Liberal Arts in Kyoto, Japan, led the research. She shared that according to the results of their study, an Asian food style diet based on rice can help prevent obesity and this should be recommended even in western countries, who are not used to having rice as a staple. To back this up, she shares that people who eat higher levels of whole grains and dietary fiber are found to have lower body weight, cholesterol, and lower chances to have non-communicable diseases.

Although the researchers say that the conclusions of their study should be investigated further, rice lovers around Asia are celebrating the wonder that is their Rice Cookers because they have found justification in eating more rice. There has always been this stigma that rice should be one of the things that you should avoid eating when you want to lose weight. As a staple in every meal, this is considered to be one of the ultimate sacrifices an Asian must take.

Western and eastern diets are very different. While Asians have rice as a staple carb, the west have potatoes, corn, or wheat. The study reports that if western countries are able to adopt the Asian staple in their meals, there is a chance that they can fight off obesity. Professor Imai shares that the fiber, nutrients, and compounds found in the rice grain can increase the feeling of fullness and will help stop a person from overeating. Rice is actually low in fat and has a low blood glucose level, making it a healthy staple to consume daily.

Obesity and its implications

The World Health Organization (WHO) reports that at least 2.8 million people die every year due to chronic diseases related to obesity. A person with a body mass index (BMI) equal to or greater than 25 as overweight and a BMI equal to or greater than 30 as overweight. Raised BMI makes a person at risk for heart disease, diabetes, stroke, osteoarthritis, and cancer. Sometimes, it can even be hereditary. So if you think that you are at risk of being overweight or being obese, it is best to start making healthier changes in your diet and lifestyle as early as possible.