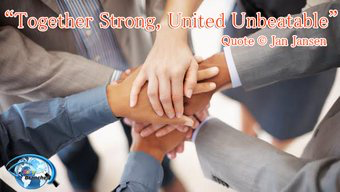 
Navigate and supervise the world with a remote control


Individuals with an intelligent and convincing way of thinking, will have the opinion that warfare is unwise and thereby many innocent people will perish.
A responsible person or leader would opt for peace and not be influenced by wrong decisions of others or hatred.
Everyone make mistakes in his life at every level or origin, there are no doubts about it, but the innocent not have to expiate for it?
Oversights or violations that are made in the past by others, still does not the rights give another to bear it.
Put them straight by a taking the responsibility that is a normal and understandable thing.
However, carry out military operations on innocent faithful people is a statement that is show of strength or unauthorised across to humanity.
It to listen how many humans of a country are talking about people of other countries, sometimes as if there takes place a direct attack, because of hate.
Despite the fact that they may have never have leave their homeland or territory to look in another nation.
Absolutely not everyone has a shameless character trait, so therefore we can not each individual the same, be carefully and not to put anyone under the same umbrella indiscriminately.
In our homeland with a population of millions individuals living, in an apple tree can grow one rotten apple and can infect all other apples, thats true.
So one wrong person or leader can a group or population so seduce to believe in their and take into consideration with observance to follow or run after them.
But there will always remain uncontaminated fruit (not influenced people) in the apple tree on which are good to consume and that are not followers.
Of many things that happen behind the scenes we have any info or know of, they call confidential information, why we do not get this or not to hear?
Repeated times there are events held in the global whose largely think this is really necessary or is not that heavily melodramatic.
What is the reason and wherefore it is needed on this dramatic way.
The how and why something is done or caused is often a puzzle, often have it nothing to do with the people involved.
But yet they have become the victim of other people's power, interests, deeds or a feud caused by injustice.
As a result of enemy hatreds is performed in an excessive passionate angry and hasty with warm-blooded exaltation pronunciations or plans executed.
Whereby the erroneous person or persons become victim of this, without having any relation with this happen.
Including innocent children and hardworking parents who usually completely nothing to know whether this hostility or political backgrounds and goings or have  something recognised to do.
If only it were feasible to intervene in these events to persuades these vindictive and hostile power abuse making humans that such a measure totally unnecessary and pointless is.
In addition thereby, only more fat is thrown on the fire, making everything just emotionally get more hotter and become for creating inciting to a counteraction.
It will give others a reason to put a counter-attack, which there is never peace or serenity will be and unreachable taking a peacemaking life biography for such a person or principal.
If only there was for this unbridled unfolding events in our world a profound remote control.
In order to transmit this vindictive power of people exchange a signal to them with the message that only decisive dissolution are the peaceful solutions.
We should be glad that we ourselves have full control over our visie and behaviors with a decent placement formation to the social society.


All the best for You with a Good Health

Eliminate ominous sensations out of our life

Ignore all the countless baseless rumors against us
Its Hard but not impossible positive to accept whatever is crossing our path in life
Unity will Give Us the Strength in life
Live with gratitude then our life shall be full of miracles
A burning candle can decimate our darkness
Never let the Negativity to Steal our Contentment Away in Life
The most difficult and decisive in life is to take first step
Treat Every Relationship as our Responsibility Not as a Opportunity
The real face of our true friends will only be visible when we are stuffy by problems
Perfection is reachable through violations and oversights
Our True Abilities can be Revealed when we are Facing the Sternest Test in Life
Aim for a high resistance give us the motivation for flourish into perfection
Trustworthy behaviour or statements are simply too violated
True love will keep the promise alive and will never let break a relationship
Love is Something that is Based in the Heart and Confirmed with Deeds
Sometimes in life we need to convene our own sunbeams
Being Honest to ourselves give us an everlasting endless and purity spirit
Its not neccesary to be an artist for see the beauty in everything
If we Get up Early in the Morning lets Start Directly with living never Wait until its Evening
Life is a puzzle, all the pieces must exactly in place traps to make it complete